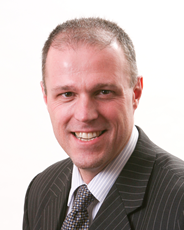 Tim took up his current role in the Infrastructure &  Projects Authority [IPA], part of the Cabinet Office’s Efficiency and Reform Group, in November 2013. Tim has a critical leadership role developing the project delivery profession in government including the development and advancement of the Major Projects Leadership Academy.

Working closely with the Chief Executive of the IPA, Treasury, departments and others, Tim is responsible for ensuring a consistent, high quality, approach is adopted to prioritising and managing portfolios and for developing a refined and updated approach Project Initiation.

Tim has an Honours degree in History obtained at the University of London, is an Honorary Fellow of the Association for Project Management, a member of the Chartered Institute of Public Finance and Accountancy and, in 2013, was one of the first cohort to successfully pass through the government Major Projects Leadership Academy.

He is a member of the Advisory Council of the Royal United Services Institute and has had a wide variety of articles published in project management and defence journals and lectures on a range of courses. He was previously a Director at the National Audit Office which he joined in 1988 having previously worked in local government.

At the NAO Tim specialised in the examination of complex project delivery and defence acquisition issues and, at various times, was also responsible for its work on DEFRA, the Millennium Dome and foreign affairs. Tim is married to Kay, has two daughters and two dogs and is an avid West Ham United supporter.

IPA has responsibility to assure, support and report on the Government Major Projects Portfolio [GMPP], which covers around 200 major projects with a total whole life cost approaching £500 billion.

Major projects are defined as those which:

The IPA has a clear and enforceable mandate from the Prime Minister to:

The mandate also outlines action to be taken be departments.

<< Back to Conference Information >>