The Wonder of Fusion 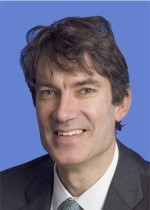 Professor Cowley’s post-doctoral work was at the Culham Centre for Fusion Energy and he returned to Princeton in 1987.  He joined the faculty at the University of California Los Angeles in 1993 rising to the rank of Full Professor in 2000.

His main research interest is in realising fusion power. He has also published over 150 papers on: the origin of magnetic fields in the universe, the theory of plasma turbulence and explosive behaviour in both laboratory and astrophysical plasmas.  Professor Cowley co-chaired the US National Academy’s decadal assessment of, and outlook for plasma science.

He is a Fellow of the American Physical Society and the Institute of Physics and the recipient of the IOP’s 2012 Glazebrook Medal for leadership in physics.  Currently he is also a member of the Prime Ministers Council on Science and Technology.

Back to Conference Programme >>